Could you handle an avalanche of connections?

A DDoS or denial of service test simulates an attack in order to know the number of simultaneous requests it can withstand, apply the necessary measures to prevent this attack and implement reactive measures in case of an attack.

What is a DDoS attack?

A DDoS attack consists of an attack on a specific service (for example, a web page) in a distributed manner. In other words, an attack that takes advantage of the capacity limits of the service to saturate it from different computers that apparently have no connection between them, and can affect the attacked service in two different ways:

These attacks are carried out from a “botnet“, which consists of computers that have been previously infected in order to execute the attack simultaneously from the entire network. 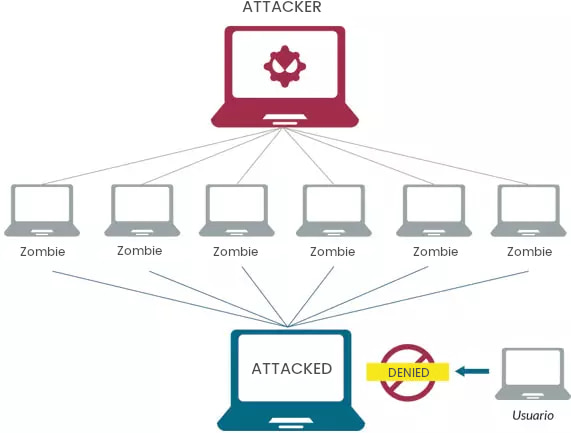 How does a DDoS test combat this type of attack?

The objective of the DDoS test is to detect in a controlled manner when this type of attack can be successful, and to improve the design of the network architecture to make it as resistant as possible to these attacks. To achieve this, the following steps are taken: 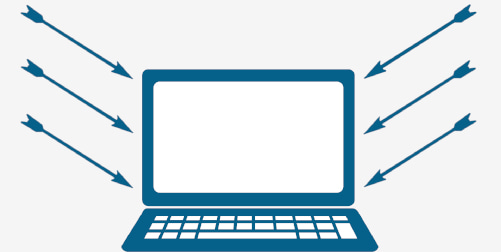 Executing a load test in a controlled manner and without the customer suffering a service downtime, we detect the level of resistance to a DDoS attack.

We have the capacity to perform DoS (Denial of Service) or DDoS (Distributed Denial of Service), depending on the intensity defined with the client, with the possibility of performing the attack from multiple locations and countries. 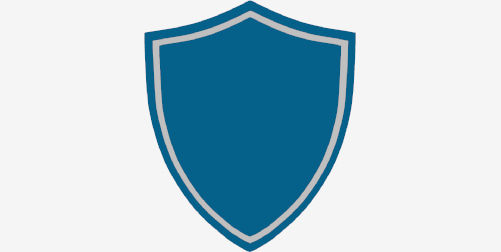 If the customer is vulnerable to a DDoS attack, we apply a series of preventive measures to help avoid being affected by the attack when it is received.

With these measures, the customer’s network will be more flexible, allowing them to withstand high traffic peaks without their infrastructure suffering as a result. 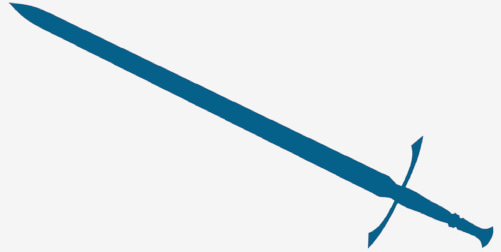 In the event that the client suffers a DDoS attack, tools and guidelines are provided to minimize the damage caused by the attack and avoid the consequences it could have.
Contact a specialist

These types of attacks are becoming more frequent, according to Kaspersky’s report, between April and June 2019 they grew by 18% compared to the same period in 2018, and is 25% higher than the figure for 2017. The trend of DDoS attacks is that they will continue to increase year after year, so it will be increasingly frequent to see them, and also of greater intensity.

The second quarter of 2019 saw the longest DDoS attack in history, lasting 509 hours, more than 21 days. When this type of attack spreads over such a long period of time, it can really put a company in check.

Cybercriminals have many ways to attack your company besides denial of service. If you really want to know if your organization’s infrastructure is vulnerable and implement the necessary measures to cover security gaps you should also perform a pentest.

A pentest consists of an IT security audit in which the company’s infrastructure is attacked in a controlled manner as if it were a cybercriminal to find existing vulnerabilities in it.

Other types of audits

A pentest consists of a computer security audit in which the company’s systems are attacked through the different breaches detected, analyzing how far a real attacker could gain access.
More information

In a Source Code Audit we evaluate the degree of security of the source code of the applications used or developed by your company in search of vulnerabilities that could be exploited by attackers.
More information

This audit analyzes the possible vulnerabilities of the company’s wifi networks, since sensitive company and customer data could be accessed through this network if it is not properly protected.
More information